Are you looking to raise some money. Maybe for your school club, a scout group, your church for a mission trip, or maybe just for yourself. Sand art is a great way to do that. Selling fun to kids works. Coloredsand.com has always been a family business. Now that has moved into a new generation. One of our owners kids will be turning 16 soon. Like many 16 year olds, he wants a car. The only question is, how to pay for that car. Setting up a sand art booth at local craft shows came up in the conversation. He was all for it so the seed was planted. This Spring he set up his 1st booth. He followed all of the advice from our tips and tricks booth with a few new ones. 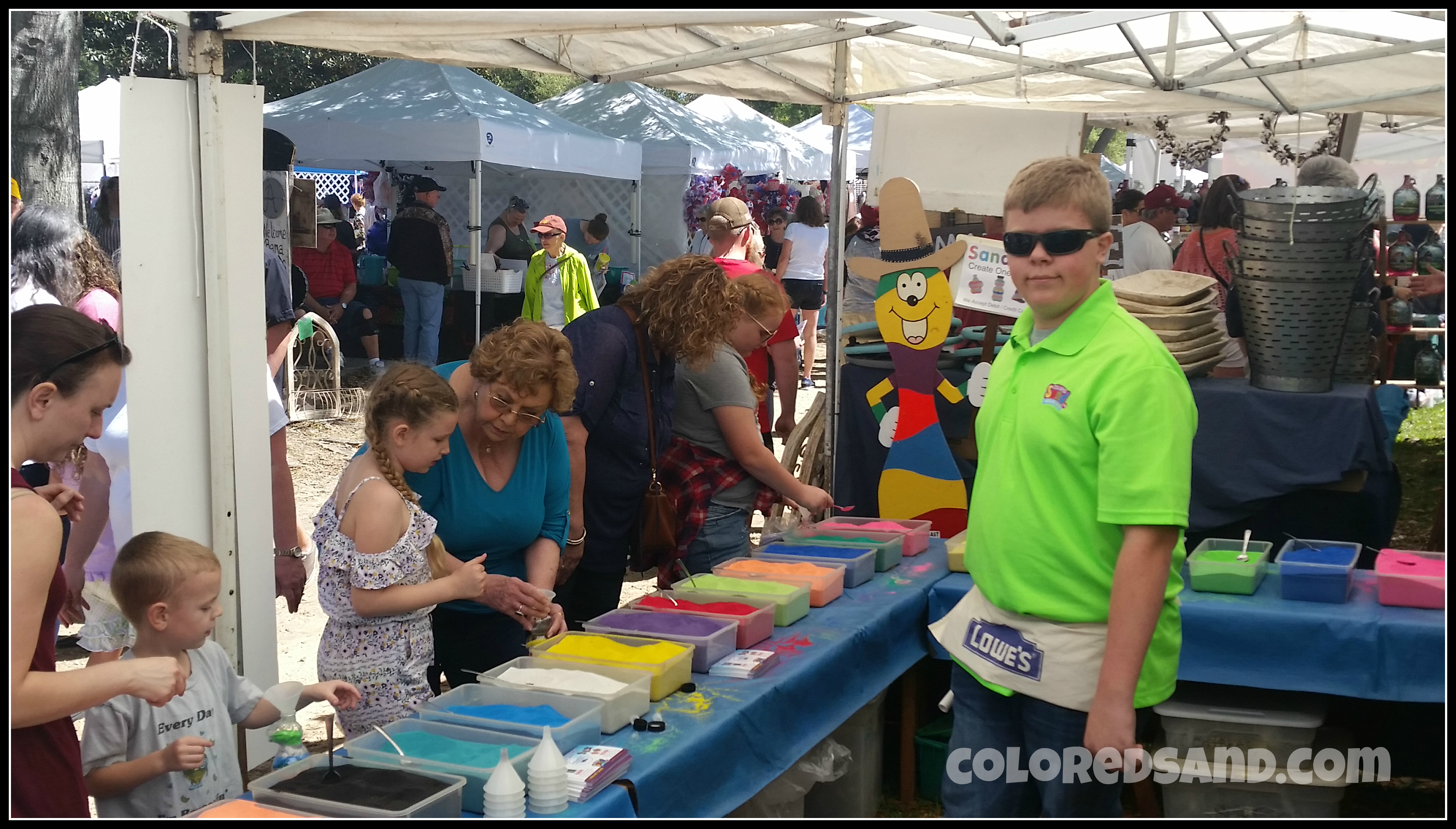 One of the "new" tips he got was to be able to take credit/debit cards. We were actually pretty surprised that he took in less than 100.00 in "plastic". TIP: Make sure you have cell service at your event! He had the only sand art booth and other than a small bounce house area, he had the only thing for kids to do. This is something we have stressed to so many customers over the years. There is really so little for the kids to do at craft shows and sand art capitalizes on this fact. One new idea he tried was having a price sign with color pictures of each bottle instead of displays. This idea actually worked out great. We just found that you need 2 or 3 for a double booth like he had. 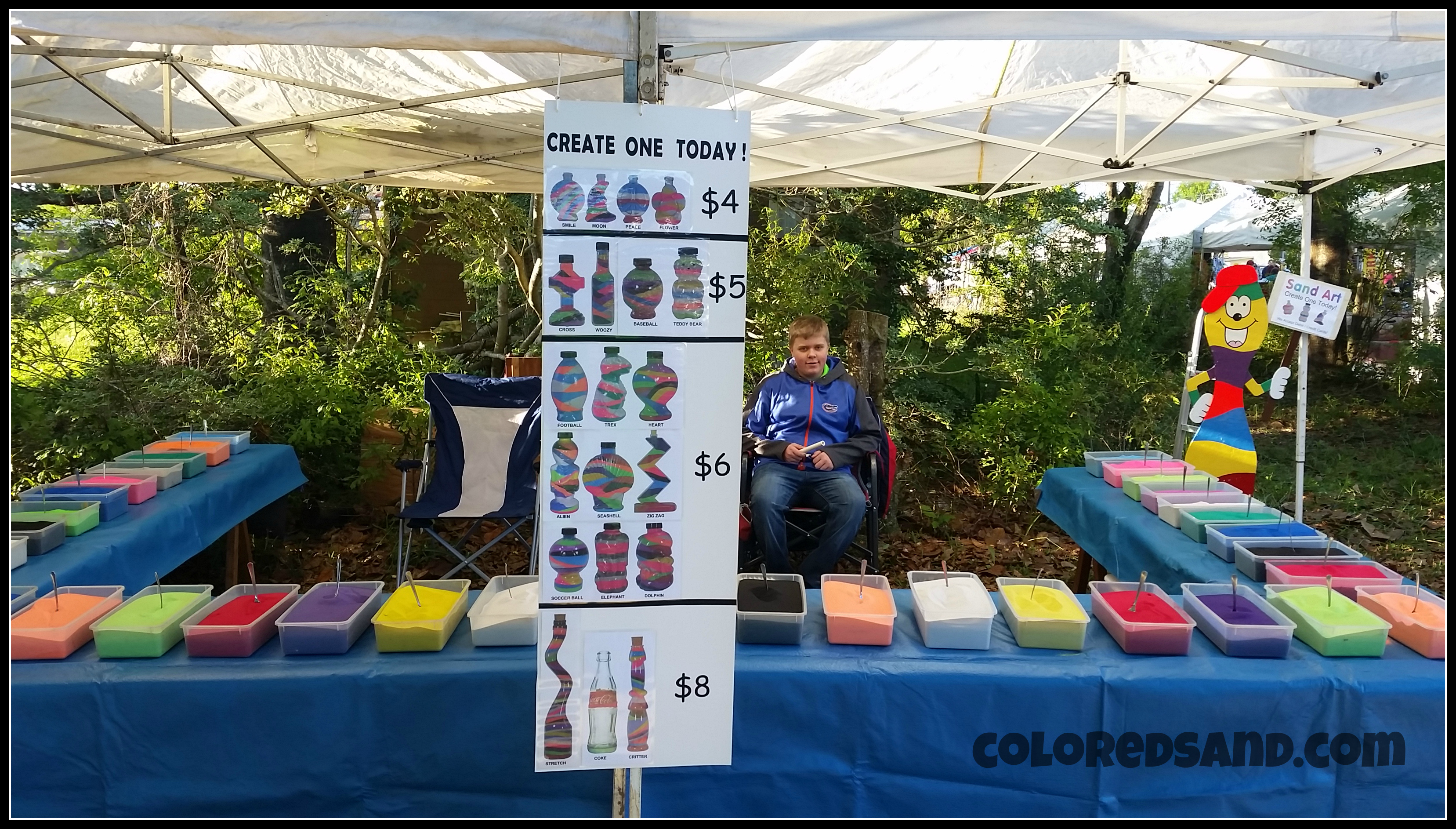 He was able to have a lot more color on the table by doing that. Many of the customers commented that they liked the sign because they could already tell their child which bottles they could get from far away. The day was a HUGE success. He already has 2 more shows in the works and now spends a lot more time trying to decide which car he wants to buy. (Maybe he should book several more to pay for the Insurance!) 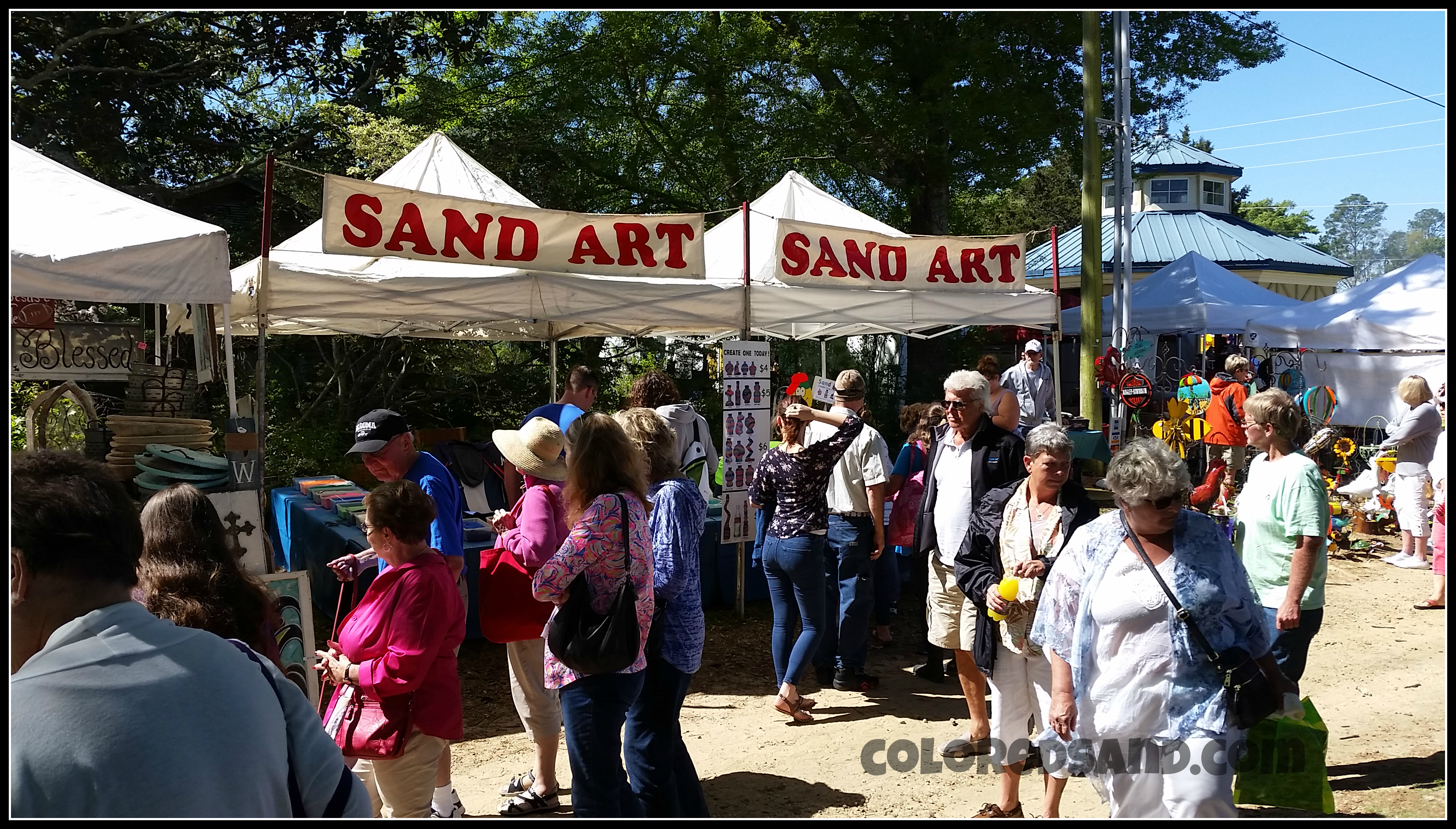 Even though he had a booth that was only open from one direction, he did a great job of keeping it open. The banners could be seen from almost every point of the show and are a great way to grab kid's attention early on. 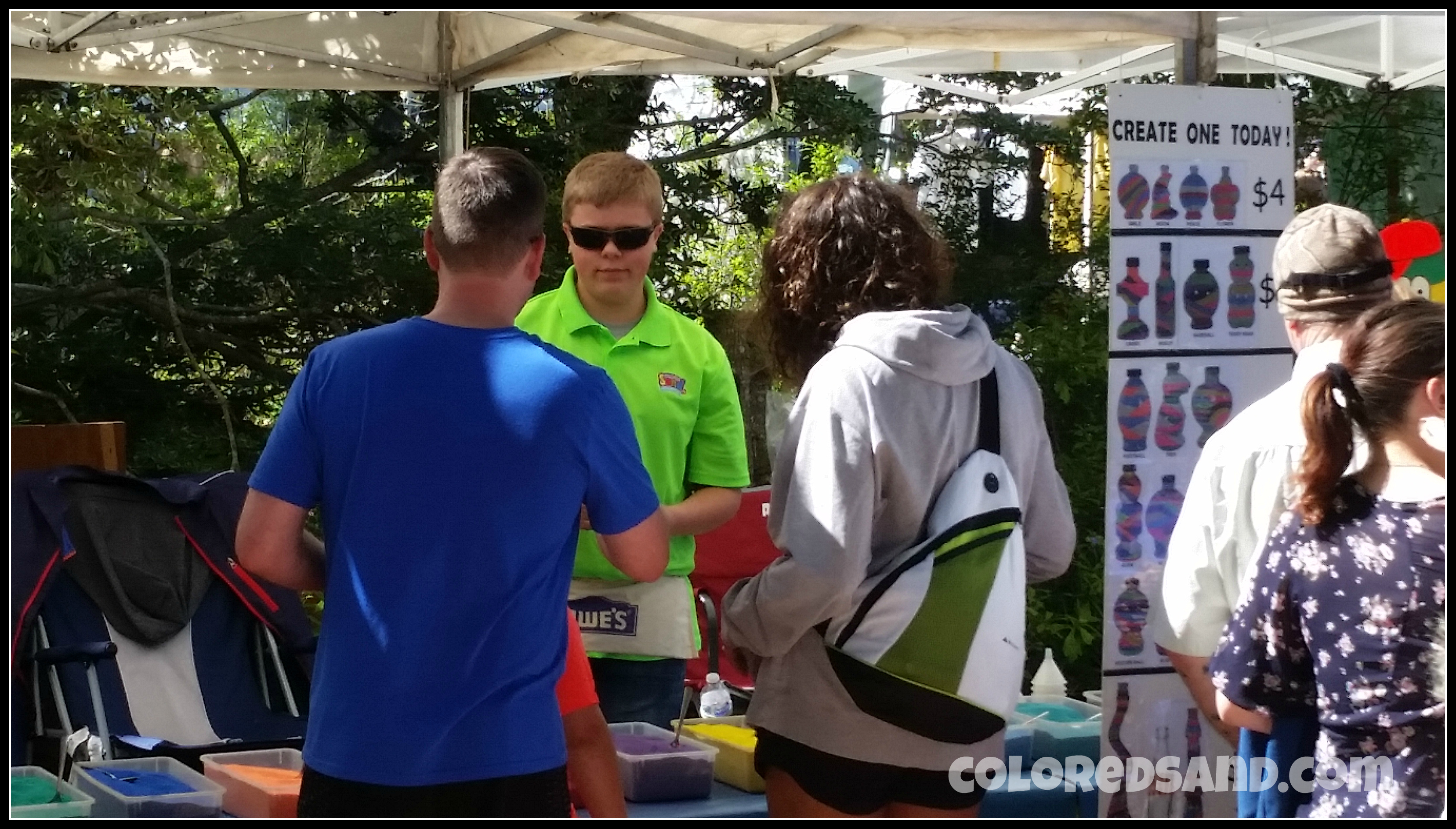 Learning how to interact with your customers is key. Always be polite and attentive. Tell them what a great job they are doing and keep an eye out for those feel like they aren't doing a good job. Give those customers a bit of extra attention! 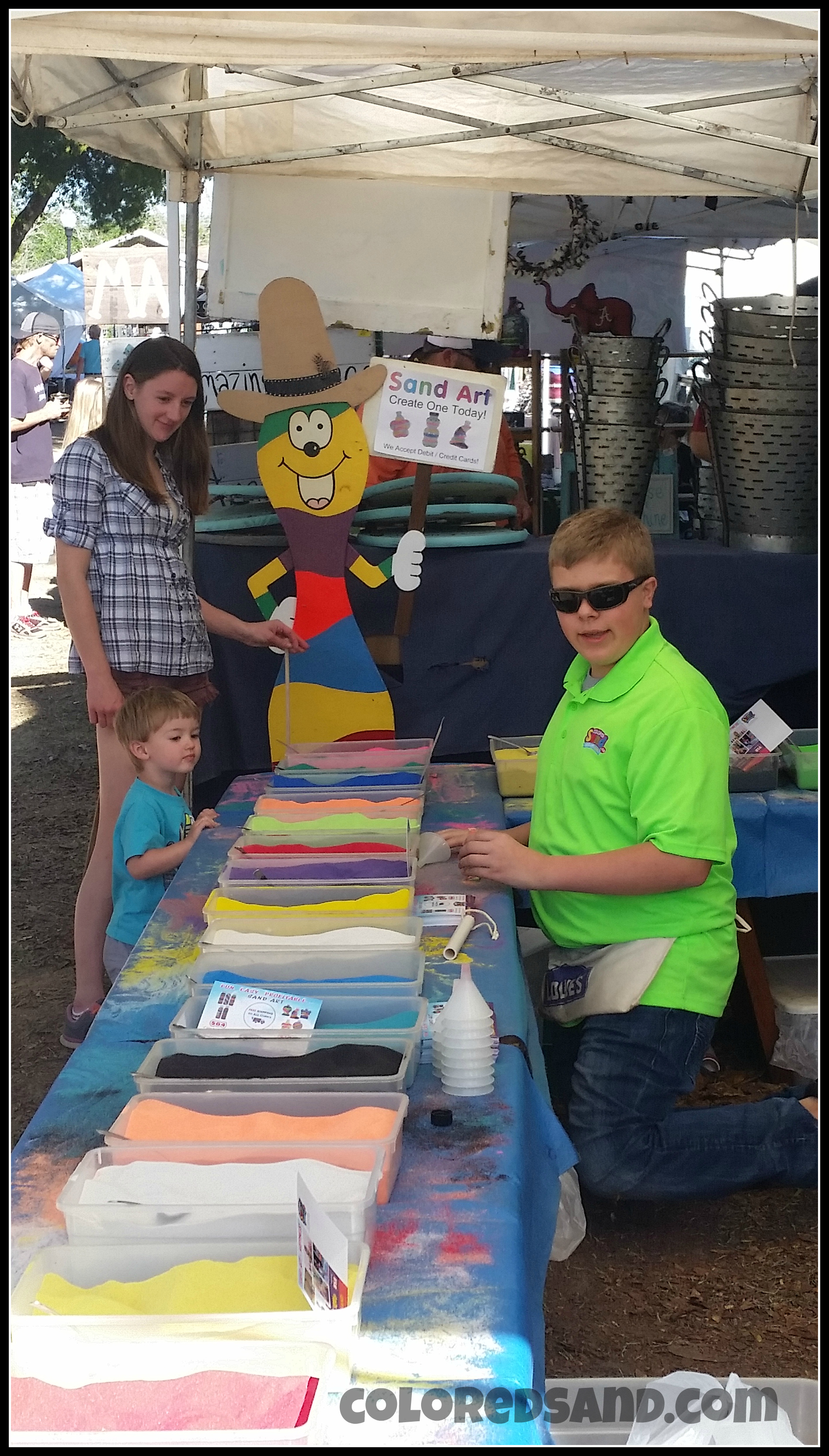 He did a great job and was amazed at how much money he made. That is until he got his business lesson. His dad had a bill for him. You know the usual stuff like, fuel, transportation, labor cost for helping, taxes (who is that FICA guy anyways) and of course at least one sausage dog. Hey, it was the Sausage Festival! 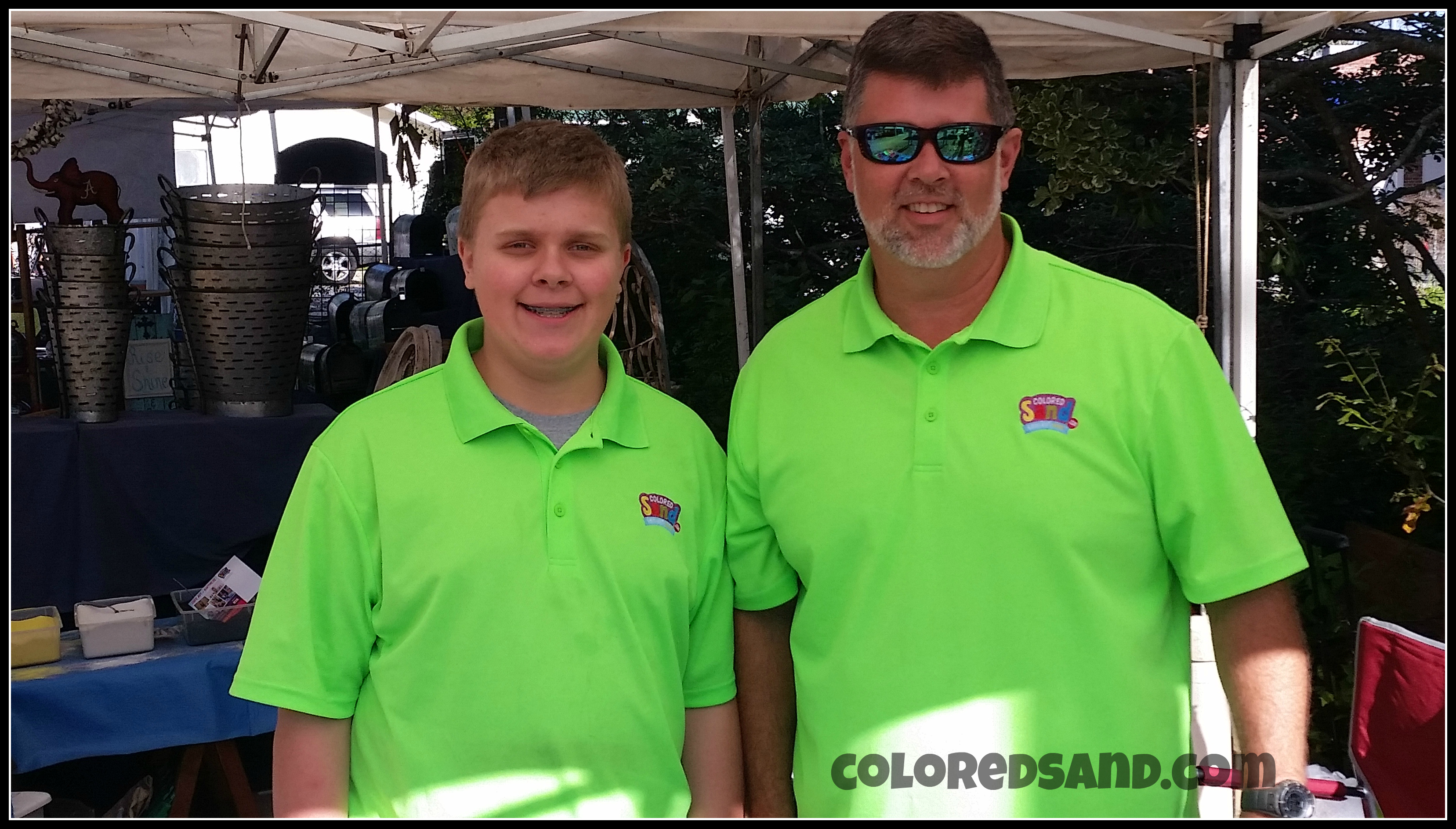